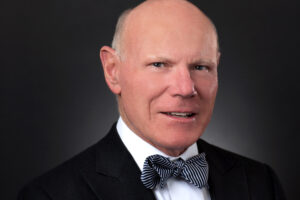 Iain Macdonald has practiced bankruptcy law for over 40 years, primarily in the courts of the Northern and Eastern Districts of California.  He attended the University of San Francisco School of Law and has taught bankruptcy and commercial law at the Law School since 1984.  He practiced with the well-regarded firm of Goldberg Stinnett & Macdonald from 1977 to 1993, when he opened his own office, and then partnered with Reno F.R. Fernandez III to form the current firm.  His practice emphasizes the following areas:

This a hybrid practice area, requiring expertise in both chapter 11 business reorganization and individual consumer bankruptcy.  The streamline procedures of chapter 13 are not available in the plan confirmation process, most notably, the absolute priority rule is not applicable.  On the consumer side, knowledge of exemptions, discharge and dischargeability issues are essential.

A plan was confirmed May 11, 2016, in a complex individual chapter 11 case,In re Suzanne Elizabeth Jack, who was faced with claims asserted against the estate of her late husband, as well as substantial state and federal income tax claims.  Several unsecured claims were disallowed on the grounds that she was not personally liable, and the tax claims were withdrawn upon successful prosecution of a claim for Innocent Spouse Relief.  Significant issues regarding entitlement of creditors to reach a spendthrift trust were resolved in the plan on terms favorable to the debtor.  In re Suzanne Elizabeth Jack, U.S. Bankr. Crt. N. Dist. Calif., Case No. 15-30905-DM-11.

Mr. Macdonald worked with the judges of the Northern District of California Bankruptcy Court, and other practitioners, to draft the Combined Model Plan and Disclosure Statement recommended for use in individual and simple chapter 11 cases (see, http://www.canb.uscourts.gov/forms/district). His articles, Confirming the Plan in the Individual Chapter 11 Case Vol. 30 Cal. Bankr. J. No. 2 (2009), and Confirming the Plan in Individual Chapter 11 Case – Ten Years Under BAPCPA (2016), analyze and suggest how to practice under the sweeping revisions to the Bankruptcy Code made by the Bankruptcy Reform Act (Feb. 2006).  He has lectured on the subject of individual chapter 11 to the National Conference of Bankruptcy Judges (San Diego, 2013), the California Bankruptcy Forum (Monterey, 2012) the National Association of Consumer Bankruptcy (Tucson, 2012), the California State Bar Convention (2012, 2013, 2014), and various local bar associations.

Mr. Macdonald has prosecuted clawback actions in behalf of bankruptcy trustees and represented recipients in defense of such actions, sometimes making new law in the process.  In In re Healthcentral.com, 504 F.3d 775 (9thCir. 2007), the trustee’s preference claim was defeated and the 9th Circuit clarified the rules regarding bankruptcy court jurisdiction and procedure for obtaining jury trial.  The Local Rule regarding withdrawal of the reference was invalidated and required to be revised.

He has also represented large classes of defendants.  Mr. Macdonald recently defended the several hundred Member-Medallion Holders of San Francisco’s Yellow Cab Cooperative, In re Yellow Cab Cooperative, Inc., U.S. Bankr. Crt. N. Dist. Calif., Case No. 16-30063, who were sued by the Creditors’ Committee (represented by Pachulski Stang Ziehl & Jones LLP) for disgorgement of millions of dollars of patronage distributions.  Macdonald co-counseled with Tuttle Law Group, LLP, a firm specializing in co-op law to defeat and settle the claims for no liability on the part of the drivers.

Similarly, in In re United Energy, 944 F.2d 589 (9th Cir. 1991)  Macdonald represented approximately 200 recipients of Ponzi Scheme distributions and defeated the trustee’s fraudulent transfer claims on the basis of a groundbreaking theory, adopted by the 9th Circuit, which precluded recovery from Ponzi Scheme victims of distributions that did not exceed their initial contributions.

Out of Court Work-out and Bankruptcy Alternatives

Frequently, persons will inquire about filing bankruptcy for themselves or their company.  When it may not be necessary, or even advisable.  For example, third party guarantors may be exposed to clawback, or negotiation of payment arrangements with major creditors may be possible.  The firm does not consider it appropriate to file chapter 7 for a defunct corporation unless compelling circumstances exist.  The use of an alternative, such as an assignment for the benefit of creditors, or wind-up and dissolution under state law, may be preferable, and is advised where appropriate.

Mr. Macdonald serves as mediator in selected cases.  For many years he has served on the mediation panel of the Northern District of California (Bankruptcy Dispute Resolution Panel) and has been instrumental in settling cases involving dischargeability issues, in cases of individual debtor-defendants, and plan confirmation issues involving multi-creditor cases.  His approach is proactive in that he will advise and direct the parties through the labyrinth of the Bankruptcy Code and Rules to the appropriate solution.  He holds a certificate from the Strauss Institute for Dispute Resolution (Pepperdine University School of Law), and also serves as volunteer mediator on the Stanislaus County Superior Court Mediation Panel.

Mr. Macdonald has been called upon to render opinions in connection with bankruptcy matters litigated in both state and federal courts.  He has testified to juries in malpractice cases both for plaintiffs and defendants, which involve questions of standard of care and damages.  He has also litigated bankruptcy malpractice cases, most recently in In re Sushil Prasad and Susea S. Prasad, U.S. Bankr. Crt. E. Dist. of Calif., Case No. 09-94269-E-7, and Stephen C.Ferlmann, Trustee v. Meyer Wilson Co., LPA, et al., U.S. Bankr. Crt. E. Dist. of Calif., Adversary Proceeding No. 15-09018-E, involving Ponzi Schemecounsel who failed to appreciate that the debtor’s claim was property of the estate and did not pay settlement proceeds to trustee.

The firm handles its own appeals, and Mr. Macdonald consults with other lawyers respect to bankruptcy appeals.  Most recently (December 29, 2016), the firm obtained 9th Circuit reversal of District Judge Orrick and Bankruptcy Judge Montali on an issue of first impression, to wit, whether a lessor’s attorneys’ fees are subject to the cap of Bankruptcy Code Section 502(b)(6). The lower courts had denied the debtors’ motion to cap the claims of its former landlord for attorneys’ fees arising out of a complex arbitration over damages for breach of two leases.  Surprisingly, the issue was unsettled, notwithstanding its existence in the Bankruptcy Code since its inception in 1978.  The 9th Circuit, in a case of first impression, held that, while attorneys’ fees litigating the breach were not capped, attorneys’ fees for litigating thetermination were.  Kupfer v. Salma (In re Kupfer), 2016 WL 7473790, — F.3d —, 2016 WL 7473790 (9th Cir. 2016).

Macdonald handles complex business related and individual chapter 7 cases, but does not do consumer bankruptcies.  The firm discourages use of chapter 7 for a corporation or LLC unless there are assets to be liquidated, because it is difficult to anticipate the actions of the chapter 7 trustee in investigating the conduct of the officers and directors of the entity.  The individual chapter 7 requires analysis of pre-petition transfers, exemptions and dischargeability issues, particularly where there has been a prior judgment in state court litigation between the parties, which may have collateral estoppel effect.  See, for example, Buckley v. Bartenwerfer (In re Bartenwerfer), 549 B.R. 222 (Bankr. N.D. Cal. 2016), a case litigated by Macdonald which is now on appeal on the collateral estoppel issue.

Macdonald has written and lectured extensively on chapter 7 issues. See, for example, “Exemptions: Homesteads,” Debt Collection Practice in California, Continuing Education of the Bar, 1987; “Handling a Chapter 7 Business Bankruptcy, Here’s What You Do and How to Do It,” California Continuing Education of the Bar, 1992; “Planning and Process of a Chapter 7,” The Business Lawyer’s Bankruptcy Guide, Callaghan/Clark/Boardman, 1991; See also, “Cracking the 529 College Savings Plan,” National Association of Bankruptcy Trustees, Fall 2012.

The firm is frequently contacted with respect to asset protection planning and declines representation where claims have been asserted or a judgment entered against an individual and an appearance of improper concealment of assets might exist.  However, in such instances the party may avail himself of available state and federal exemptions and Mr. Macdonald has broad experience in such cases.  He has successfully litigated against trustees over exemption disputes.  See, for example, In re Boyd, 243 B.R. 756 (N.D. Cal. 2000) where District Judge Breyer affirmed the bankruptcy judge’s allowance of exemption over trustee’s objection to $500,000.00 personal injury settlement, where trustee had failed to timely object to the exemption claim. Where there is no threat of creditor action, appropriate use of asset protection tools, such as trusts or an LLC, are warranted.

Mr. Macdonald has contributed extensively of his time in both organizing and participating in CLE (Continuing Legal Education) programs, and received an Award of Merit from the Board of Directors of the Bar Association of San Francisco for his work in this area.  He organized, with former partner Lawrence Goldberg in 1986, the Bankruptcy Recent Developments Program which has become a mainstay of the Bar Association’s CLE for more than thirty years; he has spoken, alongside judges of the various bankruptcy courts, in programs presented to Bar Association of San Francisco, State Bar of California, National Conference of Bankruptcy Judges, California Bankruptcy Forum, and several other such organizations.  He is presently scheduled to speak before the 2017 Conference of the California Bankruptcy Forum (May, 2017, San Diego) on complex debtor issues; and also to the Alameda County Bar Association on operating a business in chapter 7.  (Summer, 2017)

Manage Cookie Consent
We use cookies to optimize our website and our services. By continuing to use this website, you agree to our use of cookies.  To learn more, please see our
Manage options Manage services Manage vendors Read more about these purposes
View preferences
{title} {title} {title}