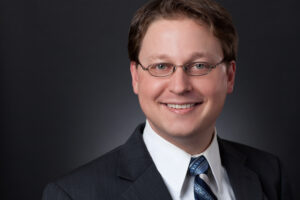 “Should I Stay, or Should I Go?  Commercial Leases and Bankruptcy,” Real Property Section of the State Bar of California, 2016 Annual Summit, May 21, 2016

“When a Nonprofit Corporation Is Insolvent:  Considerations, Options and Procedures,” Meeting of the Nonprofit Organizations Committee of the State Bar of California’s Business Law Section, May 28, 2015

“Getting to the Core of Arbitration in Bankruptcy,” San Francisco Attorney Magazine, Spring 2015

Numerous articles for Legal by the Bay, the Bar Association of San Francisco’s blog (blog.sfbar.org), including “Lien Priorities Altered When One Creditor Breaches Fiduciary Duties to Another,” January 21, 2015

Numerous articles for the Bar Association of San Francisco’s Bulletin, including “The Business Judgment Rule in the Central District of California,” March, 2014

University of California at Berkeley, Bachelor of Arts, Philosophy