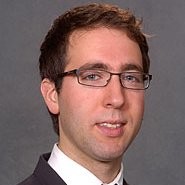 Daniel Vaknin is an associate attorney with Macdonald Fernandez LLP.  He concentrates his practice on commercial law, business matters, and financial restructuring and insolvency in and out of bankruptcy for different stakeholders, along with other areas of the law. Before joining Macdonald Fernandez LLP, Daniel Vaknin served as a judicial law clerk to the Honorable Michael E. Ridgway of the United States Bankruptcy Court for the District of Minnesota, and as an extern to the Honorable Jack B. Schmetterer of the United States Bankruptcy Court for the Northern District of Illinois.